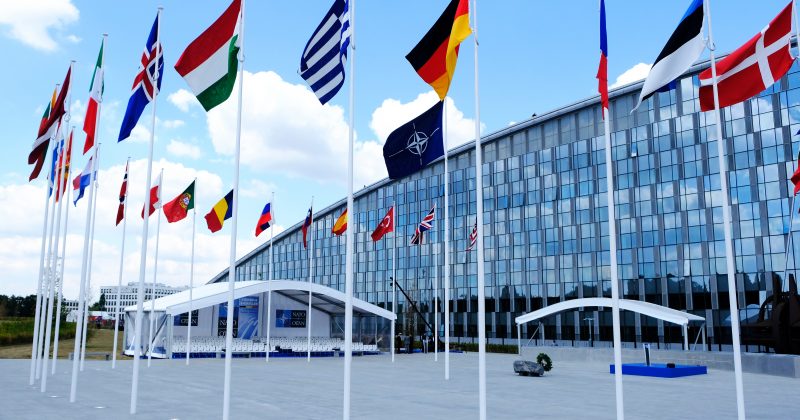 The North Atlantic Treaty Organization (NATO) aims to achieve two goals: deterrence in Europe and collective defense in the event of attack. In furtherance of these aims, NATO established two monetary benchmarks to measure what each nation brings to the alliance. First, each member nation should spend 2 percent of its GDP on defense. Second, member nations should channel 20 percent of defense expenditures toward major equipment and accompanying R&D. In addition to monetary metrics, member nations commit troops, equipment, and other supplies on an ad hoc basis as the alliance agrees to take on new missions or as the needs of current missions evolve.

A disturbing disparity exists between the level of U.S. contributions, both monetarily and in manpower, and those of most European allies. This fact sheet breaks down key macro areas of burden sharing within the alliance and highlights drastic inequities between the U.S. and Europe in providing for European security.

The majority of NATO member countries do not meet their required two percent of GDP contributions. In 2021, 70 percent of NATO members were estimated to spend less than 2 percent of their GDP on defense. Germany, the largest economy in the European Union, is estimated to contribute only 1.53 percent of GDP to defense. Whereas the U.S. is estimated to spend  3.52 percent,  nearly the amount spent by the two largest economies in Europe combined. Additionally, the U.S. covers the largest portion of the NATO general budget which covers costs such as NATO headquarters, joint infrastructure investment, and some military operations. Large disparities in fiscal contributions between the U.S. and major European powers has been an ongoing trend in the alliance. The Trump administration led the first substantive U.S. challenge on fiscal disparity at the alliance since the end of the Cold War, calling for increased European spending and demonstrating a willingness to reduce U.S. contributions to NATO’s general budget.

U.S. financial contributions to European security are not confined to NATO direct spending and metrics. Since 2014, the United States has spent billions of dollars in the European theater through the European Deterrence Initiative (EDI). Launched under President Obama after Russia’s annexation of Crimea, EDI continues to increase U.S. forces and infrastructure in Europe, add large-scale exercises and training, and provide direct security assistance to European allies.

Beginning in 2014, the United States contributed the most manpower to NATO’s active mission sets and the European theater. NATO’s five active missions include three in the Middle East and two within Europe. U.S. active mission contributions more than double that of the second highest contributor, Germany.

NATO projects that the U.S. will continue to lead the alliance in overall military manpower strength. Within the European theater, prior to the invasion of Ukraine, the U.S. maintained approximately 60,000 troops and spent $1.47 billion in FY21 alone on increasing the number of military personnel in Europe. Given Ukraine-related deployments, U.S. force presence within Europe now stands at approximately 100,000 troops. In1987, amidst the Cold War buildup, there were 350,000 U.S. troops in Europe. Because the U.S. maintains the largest military force in personnel of any NATO nation, the alliance would depend heavily on U.S. manpower in the event of a conflict, and will only increase given the new administration’s commitment to increase forward presence in Europe.

NATO member states, especially in the East, North and Central Europe have demanded further U.S. involvement especially post-Russian invasion of Ukraine. No sign of major structural changes and increase in defense spending were visible on the other hand, on a majority of NATO’s bigger and richer Eastern members.

NATO is facing an asset duplication crisis with some EU defense projects and is beset with bureaucratic projects which are out of its core responsibility. NATO’s recent transformation from a military to an ideological/political alliance and corresponding increase in out of area operations, resulted in serious shortages in supply in countries increasingly dependent on the U.S. The shortcomings are clearly visible in the Russian invasion of Ukraine as richer countries fail to deliver what they pledged and the U.S. taking the disproportionate burden in another European conflict.

Macro-level data on defense spending and personnel contributions demonstrate that European NATO allies are not prepared for a collective defense response to attack. As a result, the U.S., as the largest overall spender on defense and manpower in NATO, will be expected to backfill for other allies in the event of a conflict. Additionally, large-scale expenditure of resources in the NATO/European theater hinders the ability of the U.S. to pivot to theaters like the Indo-Pacific that pose a greater threat to American security.

6. Connor McPartland, Demetrios Marinides, “NATO allies contribute to a variety of missions. Here’s a look at how each country chips in.”, The Atlantic Council, June 11, 2021, https://www.atlanticcouncil.org/commentary/infographic/nato-allies-contribute-to-a-variety-of-missions-heres-a-look-at-how-each-country-chips-in/.

7.  See Comparison Graph: Connor McPartland, Demetrios Marinides, “NATO allies contribute to a variety of missions. Here’s a look at how each country chips in.”, The Atlantic Council, June 11, 2021, https://www.atlanticcouncil.org/commentary/infographic/nato-allies-contribute-to-a-variety-of-missions-heres-a-look-at-how-each-country-chips-in/.